The Duchess of Cambridge has been attending Wimbledon since before she became a member of the royal family and her passion for the sport is evident through her very relatable facial expressions!

MORE: 15 photos of the royals having an ace day out at Wimbledon

Kate, who became patron of the AELTC in 2016, has been pictured during some very tense moments at the tennis tournament over the years, as well as celebratory ones. Take a look at some of HELLO!‘s favourite photos of the tennis-fan royal…

It was a rollercoaster of emotions for the Duke and Duchess of Cambridge as they watched the longest Championship final in history in 2019, as Novak Djokovic beat Roger Federer.

MORE: Why Kate Middleton was once forced to miss Wimbledon

MORE: Why Zara and Mike Tindall once shunned the Royal Box at Wimbledon 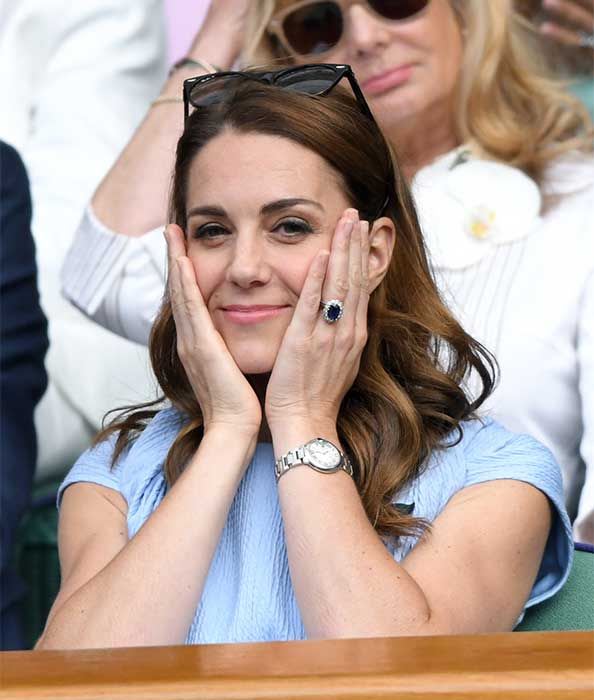 During the match, Kate was spotted with her head in her hands at one point. 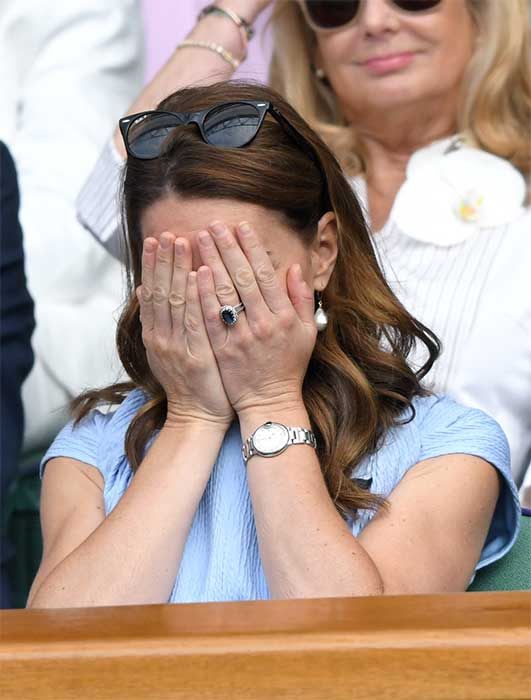 And during another nail-biting moment, it was seemingly too tense for the Duchess to watch as she put her hands over her face. Kate later presented Djokovic with the winner’s trophy on the court after the match.

Kate made a surprise appearance on day two of the tournament to watch the action from the first round, including a match between Serena Williams and Giulia Gatto-Monticone. The Duchess also joined spectators on Court 14 to see Britain’s Harriet Dart playing against US player Christina McHale.

Clearly a tense moment as the Duchess grimaced while watching Novak Djokovic and Kevin Anderson in the men’s final in 2018. 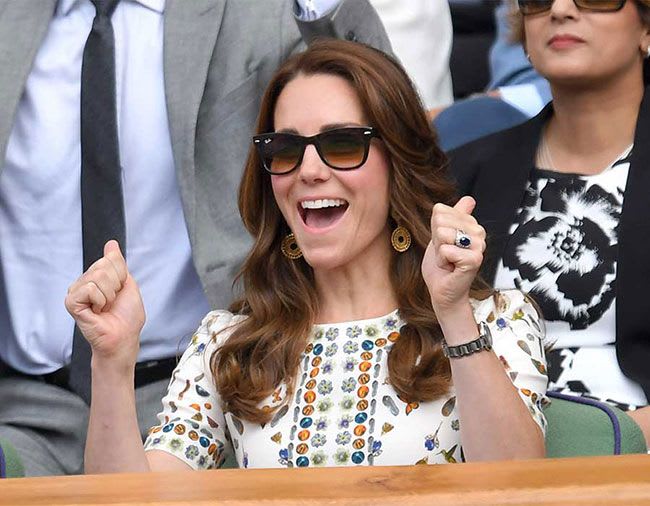 William and Kate got to witness a particularly special moment in 2016, as Andy Murray won Wimbledon for the second time against Canada’s Milos Raonic. The Duchess sadly missed out on Andy’s historic victory in 2013 as she was heavily pregnant with Prince George at the time.

MORE: The secret the royals have been hiding about the Royal Box at Wimbledon 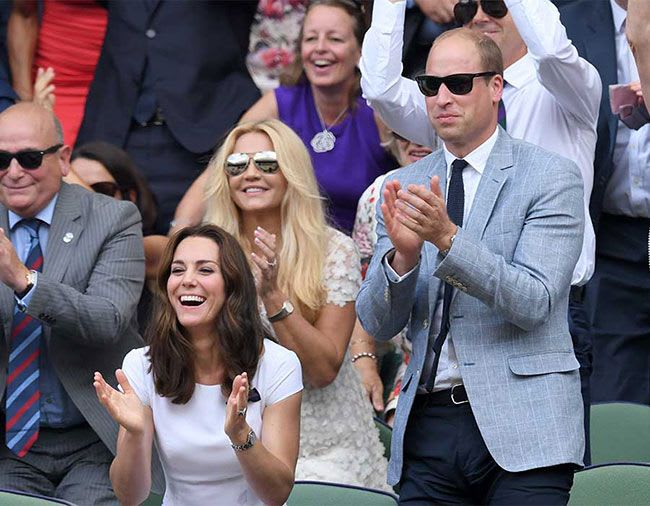 This moment in 2017 saw William and Kate rise to their feet to celebrate. The couple watched Roger Federer beat Marin Cilic in the men’s final. The Swiss pro is a friend of the Middletons, having attended Pippa Middleton and James Matthews’ wedding in 2017 and has even given Prince George some coaching tips.

MORE: Why the Queen has only attended Wimbledon four times in her life

The Duchess reacted as she watched the action from the Royal Box on the opening day of Wimbledon 2017. 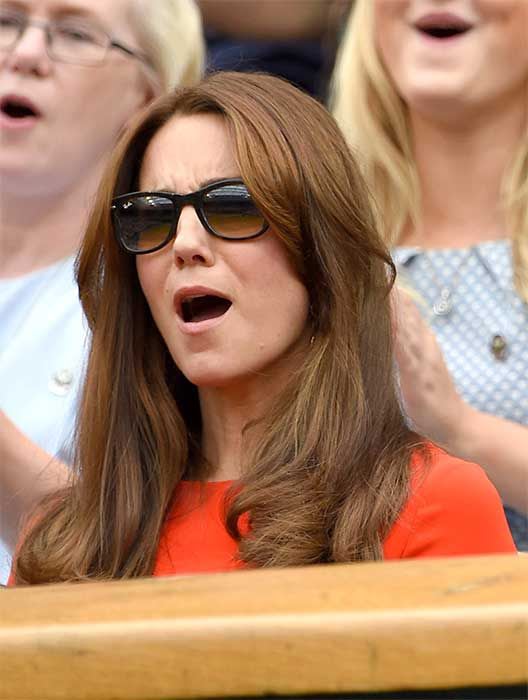 A nail-biting moment for Kate during Andy Murray’s match against Vasek Pospisil during the 2015 tournament. The tennis star went on to play in the semi-final, where he was defeated by Roger Federer.

Kate appeared to be on the edge of her seat in 2014 as Simona Halep played Sabine Lisicki.

In 2014, William and Kate also watched a particular gripping final between Novak Djokovic and Roger Federer. 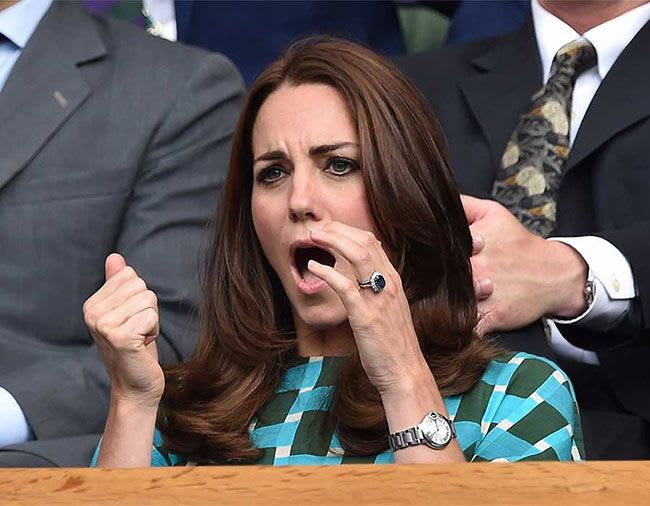 The Duchess gasped during one particularly tense moment as the tennis stars battled it out on the court.

It was a real rollercoaster of emotions for Kate and the A-list crowd, which included the Beckhams, Bradley Cooper, Sir Chris Hoy and Hugh Jackman.

The couple were spotted punching the air with delight at one point. Djokovic was crowned the eventual winner in the fifth set.

We love this fun photo of the Cambridges joining in with a crowd wave in the Royal Box. Their appearance came just a few months after their royal wedding.

Make sure you never miss a ROYAL story! Sign up to our newsletter to get all of our celebrity, royal and lifestyle news delivered directly to your inbox.