Prince Louis kept us captivated at the Queen‘s Jubilee pageant with his funny faces and playful gestures, and this unearthed clip of sister Princess Charlotte shows exactly where he gets his silly side from…

Fan account @royalfamily2022 shared an archived clip of a young Princess Charlotte cheekily posing at a window, being carefully watched by her nanny Maria.

WATCH: The best Prince Louis moments you have to see

Charlotte could be seen sticking her tongue out to the crowds below, waving her arms around and busting out a few dance moves.

Watching the sweet video reminds us of the time Prince Louis couldn’t sit still during the Jubilee, pulling cheeky faces all the way through the parade.

Their eldest sibling, Prince George, has been pictured in the same position, watching at one of the windows of Buckingham Palace during Trooping the Colour in 2015. The little one stuck out his tongue as nanny Maria once again kept a watchful eye.

MORE: 8 times royal kids cooled off in the heat – from Princess Charlotte to Mia Tindall

Royal onlookers have loved seeing the Cambridge children at more public events lately, but there’s often a dispute about where they get their looks from. 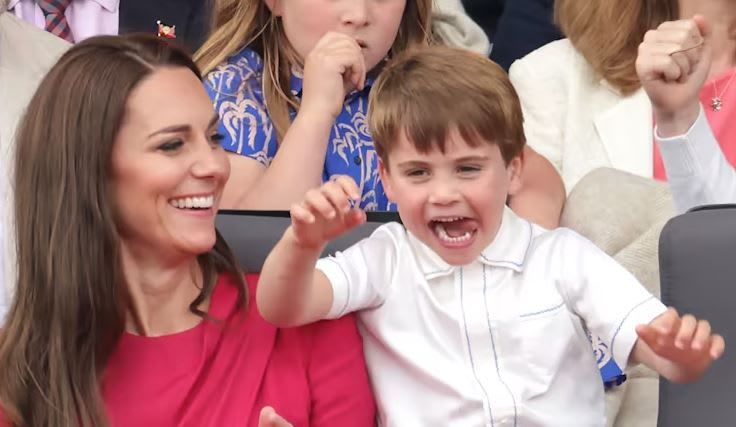 Prince Louis is quite the character

Princess Charlotte is often compared to the Queen

Prince Louis is said to look like his mother Duchess Kate, and People magazine have reported that even Kate herself thinks so. According to the publication, a friend of Kate’s said: “Everyone always comments on how Louis is the spitting image of Kate. She loves it and thinks it’s very sweet – she often jokes that he’s the only one of her kids who actually looks like her.”