Renée Zellweger is back. She’s back on the big screen, with a starring role as Judy Garland in the biopic, Judy. She’s also back on red carpets. Renée, 50, has been absolutely glowing (and winning) her way through the 2020 awards season, culminating in the Academy Awards Sunday night. (Her skin is truly luminous.)

It’s been a while since the actress made the awards season rounds. Renéetook a film and TV hiatus between 2010 and 2016, and when she resurfaced there was widespread speculation that she had undergone facial plastic surgery. “I’m glad folks think I look different,” the actress told People. “I’m living a different, happy, more fulfilling life, and I’m thrilled that perhaps it shows.”

Renée has acknowledged the rumors, but not the speculated surgery. “It’s only momentarily where you go, ‘Jeez, wow, [the rumours are] pretty painful,'” she told Sirius XM and Harper’s Bazaar reported. “But I don’t live in that.”

That’s all in the rearview mirror and Renée isn’t looking back. “I don’t want to miss this moment to be something that I used to be,” she told InStyle. Her skincare routine is a well-kept secret, though recent interviews and makeup artists reveal hints of what’s behind her glowing complexion. 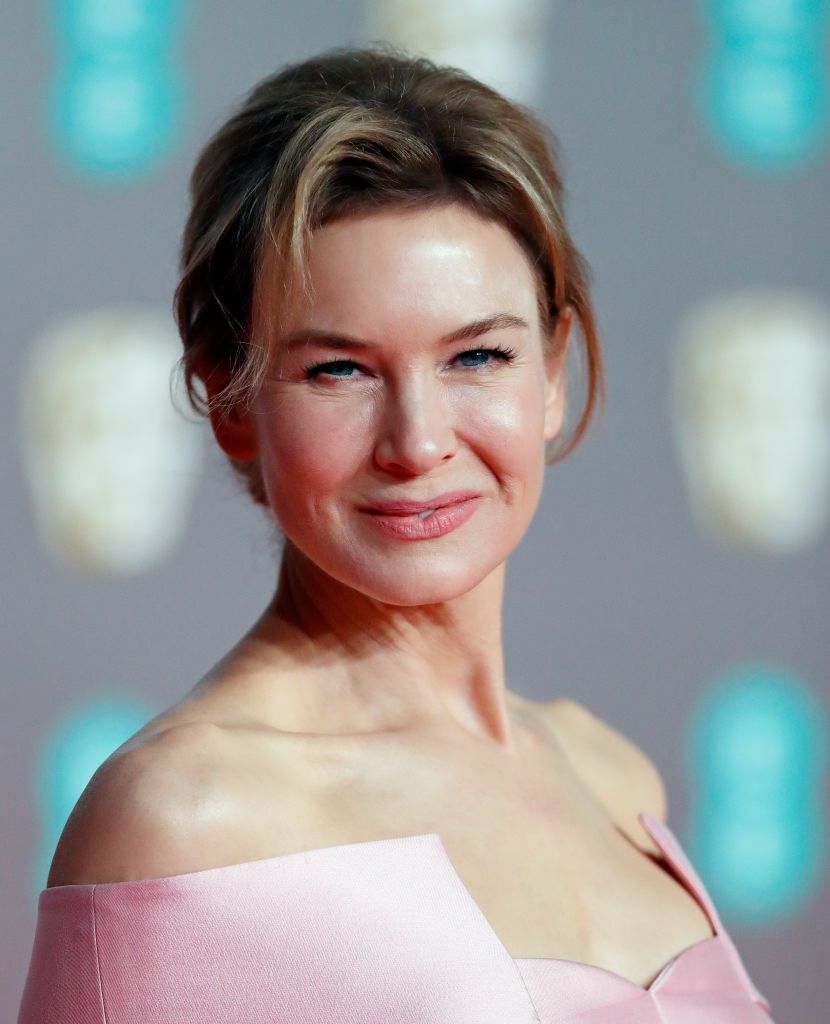 Dana Hamel, the makeup artist behind her BAFTA look, prepped her skin with QMS Medicosmetics. She used QMS Medicosmetics Hydro Foam Mask, QMS Medicosmetics Active Exfoliant, and QMS Medicosmetics Day Collagen as a foundation for Renée’s lit-from-within glow, Grazia reported. The line, which Hamel also shared on Instagram, includes targeted treatments that deliver immediate and long-term results, and Hamel’s trio of choice is big on hydration. Both the mask and the serum hydrate.

When she’s on her own, Renée also focuses on hydration. She keeps Skin Up’s Phil Pharma Hydrating Elixir on hand and revealed the skincare secret in an interview with InStyle.

“I’d rather celebrate each phase of my life and be present in it than mourn something that’s passed,” she told the publication. “I’m not saying I’m canceling my gym membership anytime soon, because I’m not. I’d rather be a healthy, productive woman in each stage of my life than apologetic. I also don’t want to perpetuate the notion that somehow moving forward in your life is wrong.”